It’s been a while since I’ve posted a random excerpt from one of my books. As Forgotten, and other Heartless tales is my newest release, it makes sense to give that one the spotlight today. :)

Forgotten
His heart belonged to his past...

Hélène tossed the rag onto the bar, her gaze sliding, as always, down the shining expanse to linger on the man standing at the other end. He laughed with a regular patron, white teeth flashing in his sun-darkened face. He didn’t glance her way, but as she watched, his brow furrowed as it always did when he tried to remember something from his past. 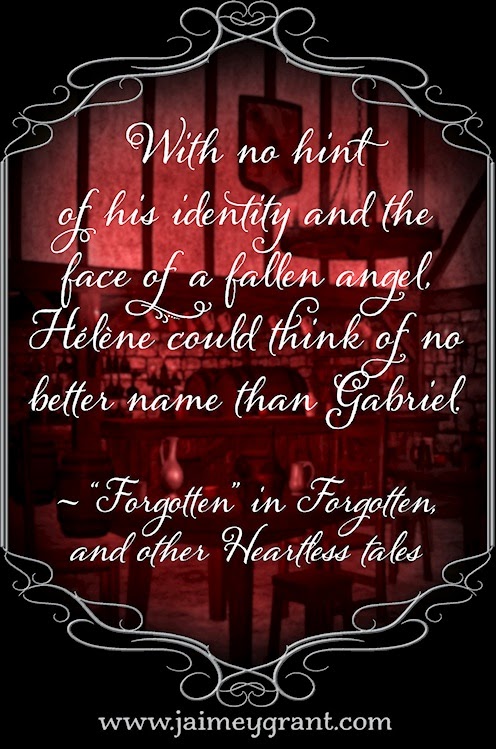 Nearly four years ago she’d fished him out of the sea. He remembered nothing of who he was or how he’d come to be there, but ships sank all the time. His accent proclaimed his English roots and his air of superiority hinted at a life amongst the elite. Whether he was nobility or just an upper servant aping his betters was something she couldn’t quite decide.

With no hint of his identity and the face of a fallen angel, Hélène could think of no better name than Gabriel. Recalling the look on his face the first time she’d called him that, she knew she’d hit upon something. Recognition, a bit of horror, and a dash of humor darkened his clear blue eyes until they appeared nearly black in his gaunt features. How she’d managed to land on the very name he could lay claim to, or at least one that triggered a memory, was a mystery to her. 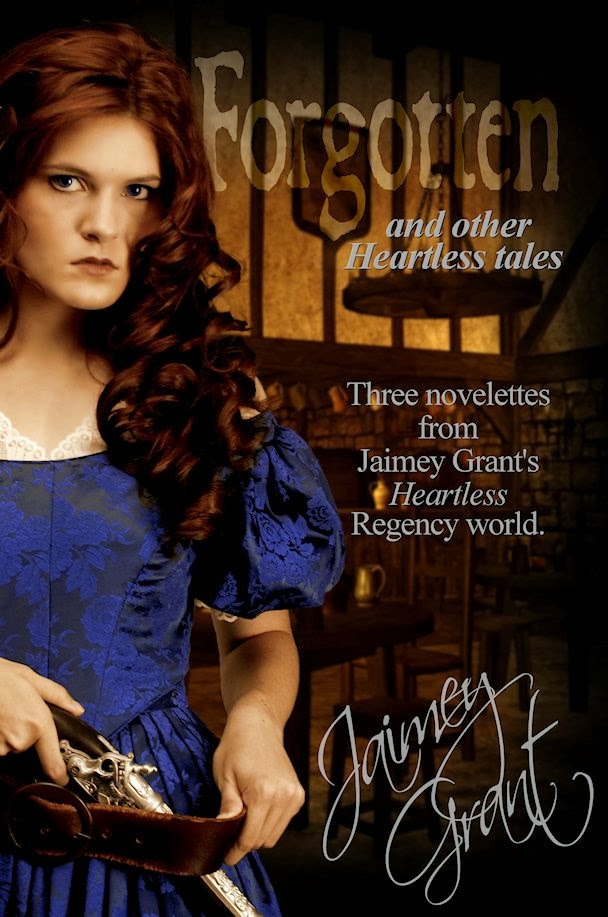 She suspected he’d fought in the war that ended nearly a decade past. His absent arm seemed to prove as much, and the way he watched everything, missing so little, was like that of a well-trained soldier, always watching for the sabre aimed at his back.

Pain lurched in Hélène’s chest, the ache of a person who cannot bring peace to a loved one. Gabriel’s memories were resurfacing but he would not speak of them. And with no desire to really force them from him, she allowed him his secrecy. Her ignorance of his past should have allowed her to be quite happy but she couldn’t stop thinking he might have a family somewhere, waiting, grieving. She would certainly grieve his loss were she to find herself suddenly without him.

Retrieving her rag and stowing it under the bar, she reached for the bucket at her feet and exited through the back door of the tavern.


And there you have it! I hope you enjoyed that little tidbit of Forgotten. Next week I’ll share a bit of Introductions. If you’re already intrigued enough to add this book to your collection, you can grab the e-book from Amazon (US & UK), B&N, Apple, or Smashwords.

Have a lovely weekend!

There's a jukebox in my head. It's currently playing
♫♪ Hinder ~ Without You
at 9:00 AM